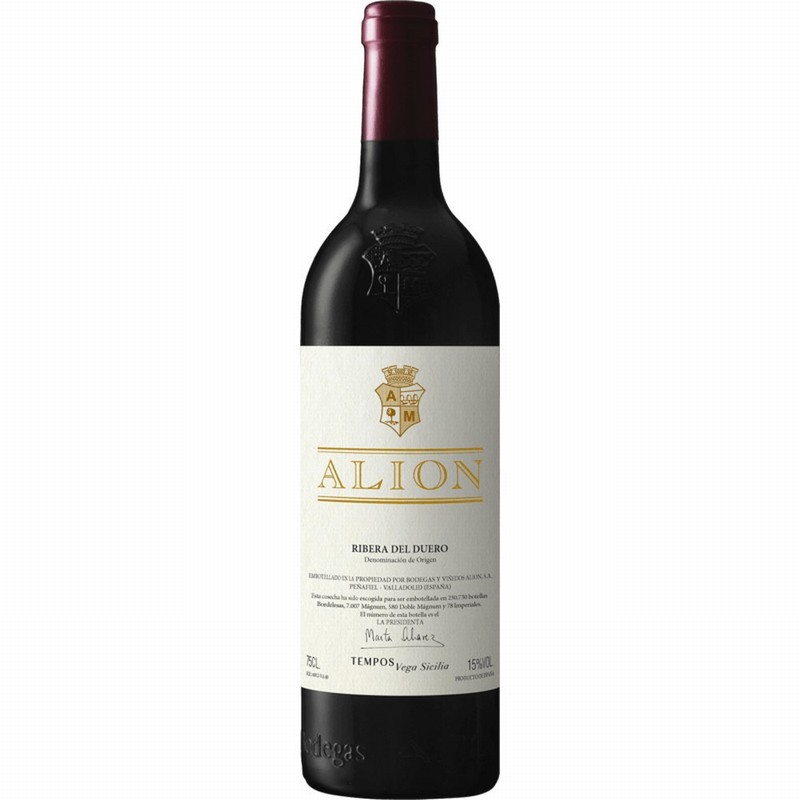 Alión comes from carefully selected terroirs located in the very best areas of the Ribera del Duero DO region. The soils complement each other, and allied with the same winemaking process used in Vega Sicilia, they have produced wines with a firm structure.

The 2018 vintage reflects weather influenced by the Atlantic, with higher than average precipitation, cool temperatures, and a relatively late harvest, between 28 September and 12 October.

The Wine Making Facility was used for the first time, with tanks at half the capacity, enabling greater precision during extraction. There is an increased effect of new oak on this vintage by up to 80 %, with American oak representing 10 %, targeting a more generous wine.

2018 was a fresh, Atlantic-influenced vintage, giving this Alión a more vertical, longer, and elegant expression.

The previous cycle ended with lower than average minimum temperatures and widespread frosts from early November. Winter temperatures were lower than normal, but they were above average in early April, leading to suitable budburst in the second fortnight of the month.

Summer temperatures were normal for the time of year, and combined with the abundant water reserves in the soil and good luminosity, the vineyard developed excellently, with a faster vine cycle.

Stormy periods with abundant precipitation during early September led to a delay in harvesting.

This wine is suitable for drinking now, but it can be aged for up to 20 years if stored in the ideal conditions.