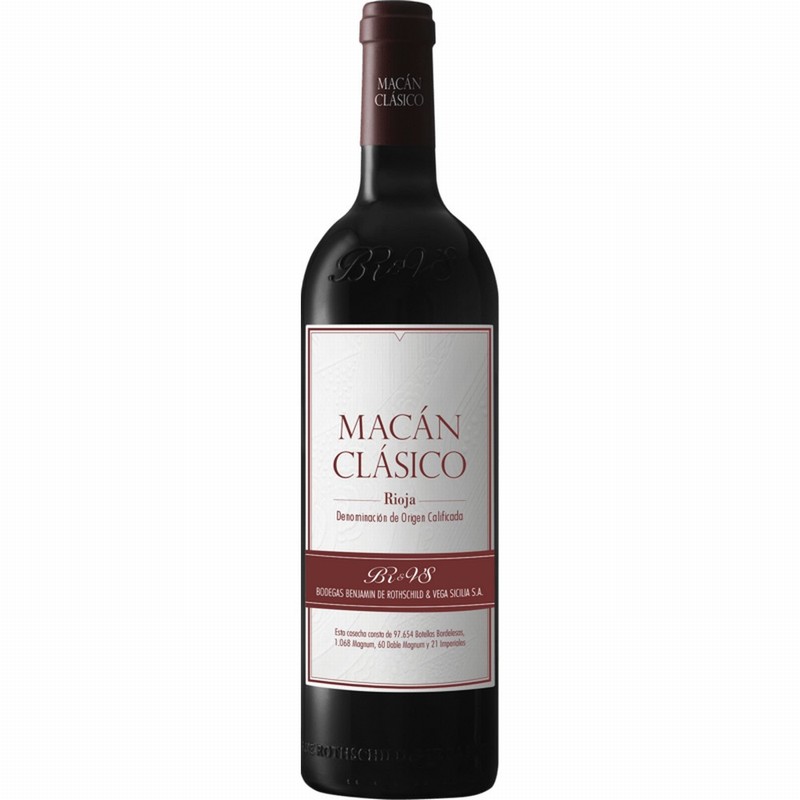 Macán Clásico is an exemplary wine from the Sonsierra region of La Rioja, steeped in centuries of tradition, knowledge and winemaking culture from the foothills of the Sierra de Cantabria. It reveals the terroir’s freshness, fruitiness, liveliness, and delicateness, which provides depth and complexity.

A lot of hard work went into selecting, acquiring, and nurturing 100 hectares of vineyard for this wine since 2004, along with the commendable efforts in the winery since 2009 (when the first vintage was released). Furthermore, Tempos Vega Sicilia and Compagnie Vinicole Baron Edmond de Rothschild have jointly owned modern facilities in the Rioja DOCa region since 2016, where innovation, technology, and wine science converge.

Macán Clásico 2018 is the purest expression of Rioja Tempranillo, having a fresher, subtler, and more elegant profile.

2018 was a fresh and damp year with mild winter temperatures and abundant precipitation, including six snowfalls during the first quarter, enabling the soil to gain significant water reserves.

Budburst was 10 days late, with abundant rainfall and moderate temperatures continuing throughout spring. This resulted in ripening being delayed by 2 weeks.

Harvesting was normal, running from 2 to 14 October

This wine is suitable for drinking now, but it can be aged for up to 10 – 15 years if stored in the ideal conditions.