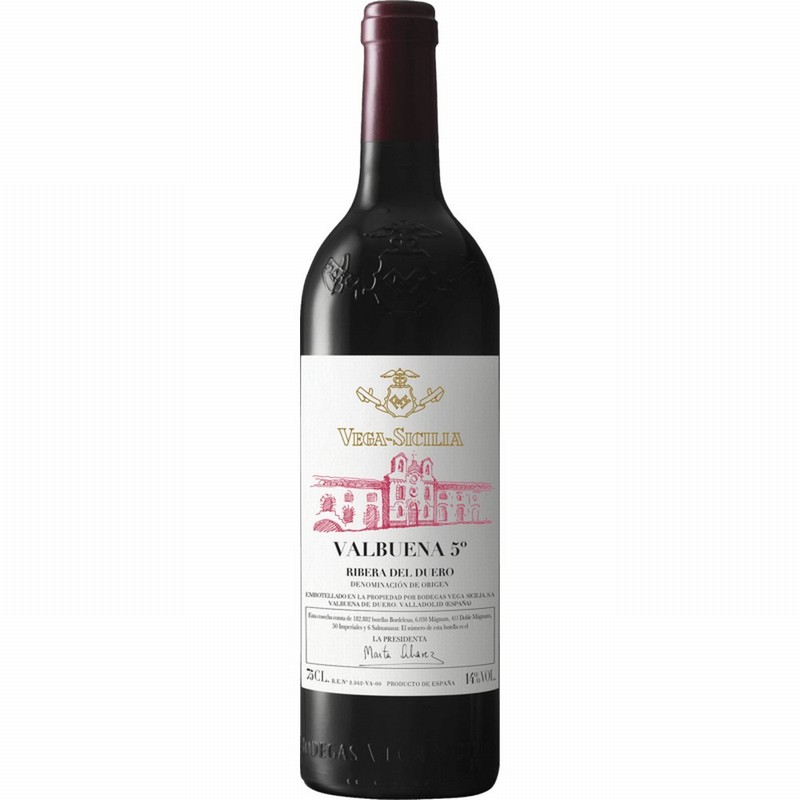 Valbuena 5º is the purest expression of Vega Sicilia’s red wine. It is aged for five years between barrel and bottle, giving rise to the wine’s name: Valbuena 5º.

A complex vintage influenced by frosts and drought. A quick and early harvest, definitely a challenging vintage we interpreted by extracting less during fermentation and making adjustments in ageing. The first year of ageing 10 % less new oak barrels were used and ageing took place in wooden casks during the second year, essential when it comes to developing the wine’s harmony and tension.

Valbuena 5º 2017 is more mature, juicy, and voluptuous expression, with the focus always on harmony.

Slightly lower than expected temperatures were recorded during January, along with severe frosts. However, that trend changed during February and through to the end of June, with average temperatures (2 to 3 ºC) higher than the mean. The high temperatures in April saw budburst come slightly early in the vineyard, already at phenological stage C (visible green point) on 20 April. However, both sharp temperature changes towards the end of that same month and severe widespread frosts significantly impacted budburst. The most significant frost occurred on the night of April 27/28, causing most damage to the vineyard, but we managed to tackle it efficiently using the estate’s frost towers.

The cold front at the end of April/start of May passed over quickly, giving way to high temperatures and rainy periods, enabling the vineyard to recover.

In terms of precipitation, the accumulated amount of just 235 litres across the entire wine-growing season was below the historical mean.

The significant diurnal (daily maximum and minimum) temperature variations during the first fortnight of September are worth mentioning, given their importance when ripening grapes.

This wine is suitable for drinking now, but it can be aged for up to 25 years if stored in the ideal conditions.