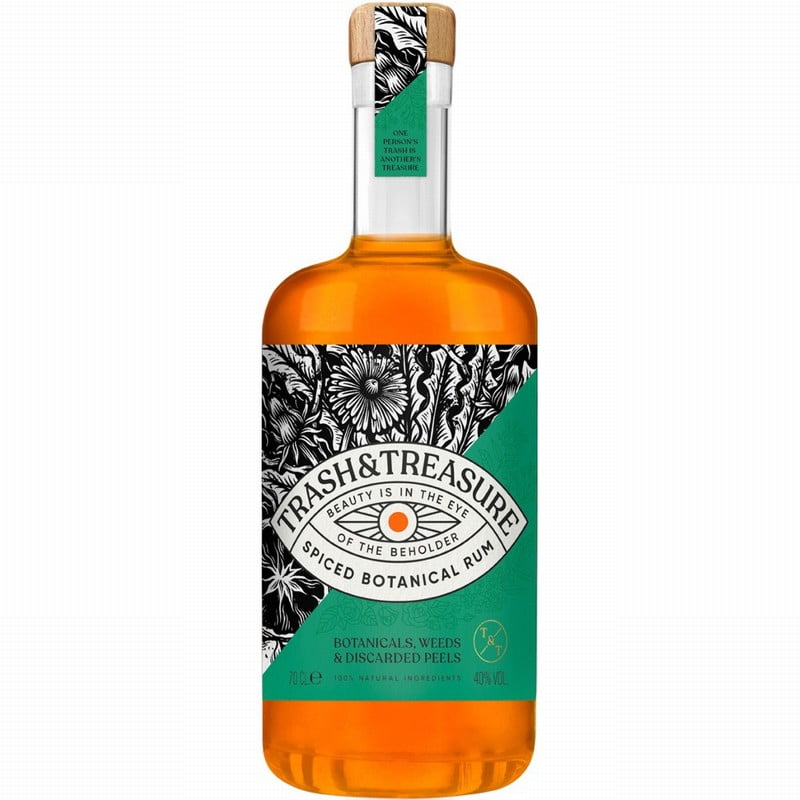 Take what you know about rum and throw it in the trash. Because in the trash is where we found our best idea yet. We took the things no-one wanted, dandelion roots, over-ripe bananas, discarded citrus peels, and transformed them into something delicious. All those bits and pieces nobody cared about, we used them to create a rum that gives real flavour, true quality and is about doing its bit for nature and the planet.

Because one person’s trash is another person’s treasure, That’s why we take what no-one saw a future in, and turn it into a spicier, zestier, better tomorrow. That’s just the spirit of Trash & Treasure rum: we worry about the waste, you worry about not wasting a drop.

Fresh orange and grapefruit erupt from the glass, with aromas of sponge pudding, caramel and honey. A soft and creamy sweetness with a delicious combination of dandelion & sichuan spice, vanilla and cinnamon. A super tasty finish with a toasted earthiness, hints of vanilla, banana and orange.

This is as the name suggests a wonderfully pure and clean more...
£3.25

This beautiful sunset-pink rosé has us dreaming of long, sunny days. more...
£42.75

Cuvee Chérie’s name connects with the translation of Chérie as sweetheart, more...
£38.50

Blanc de Blancs was the first style of wine ever produced more...
£37.50