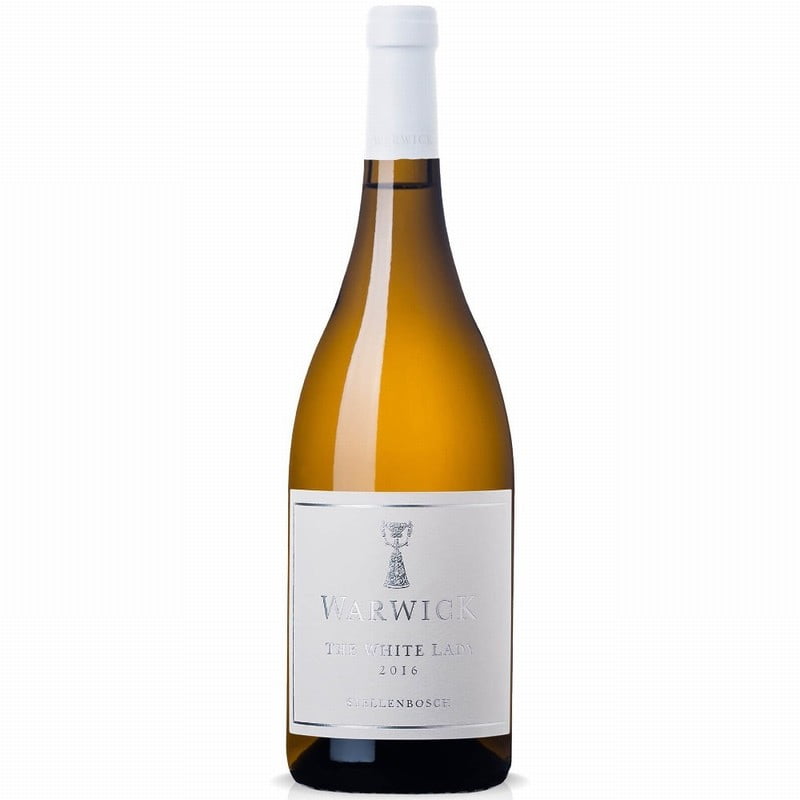 Warwick is a high-end winery in the Stellenbosch region. The estate has a rich farming history dating back to 1771 but only emerged on the forefront of South Africa’s wine scene when Stan and Norma Ratcliffe bought the estate in 1964. Norma became one of the Cape’s first female winemakers and most illustrious wine personalities, whose legacy is immortalised in the Warwick “First Lady” range.

The White Lady was first released in 2011. It has since received tremendous acclaim, twice being voted the white wine of the year by Platter (the world’s most renowned South Africa wine critic). A multi layered bouquet of lemons, blood orange and vanilla pod. Refreshing citrus fruit and a creamy taste from a short spell in oak (this adds richness rather than overpowers the fruit). The flavour lingers and lingers!