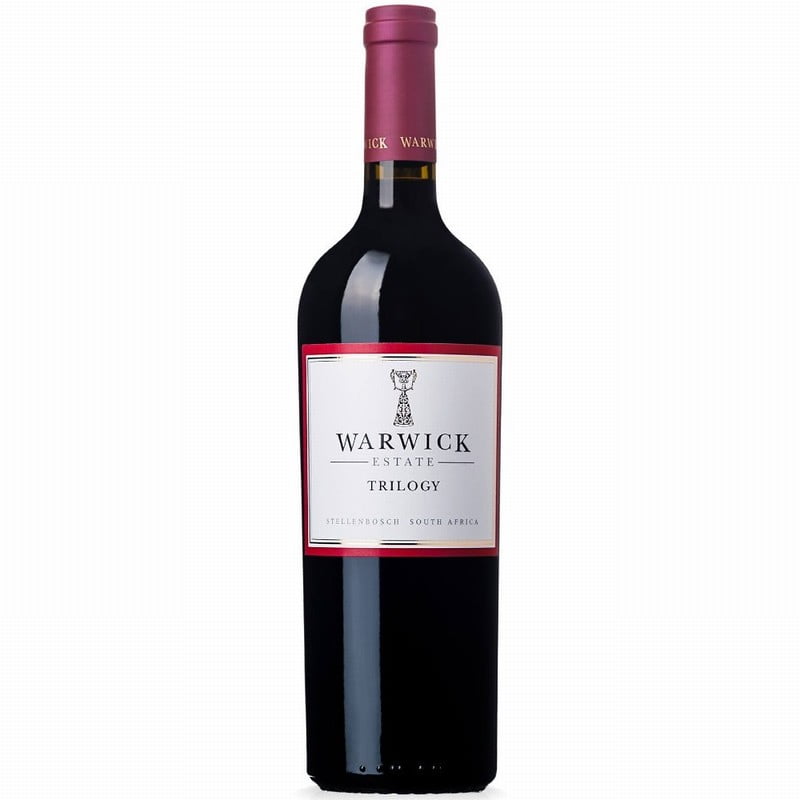 Warwick is a high-end winery in the Stellenbosch region. The estate has a rich farming history dating back to 1771 but only emerged on the forefront of South Africa’s wine scene when Stan and Norma Ratcliffe bought the estate in 1964. Norma became one of the Cape’s first female winemakers and most illustrious wine personalities, whose legacy is immortalised in the Warwick “First Lady” range.

Trilogy is the flagship estate wine, first produced in 1986, which has become a truly iconic wine that adorns some of the greatest wine lists in the world. It’s a classic example of a Bordeaux-style wine with a cinnamon spiced blackberry aroma and red plum, cherry, liquorice and dark chocolate flavour. 2015 is one of the best vintages ever produced and is suited to ageing, so you could happily leave this for up to 10 years.
Food match: Slow-roasted pork, herbed lamb, aubergine moussaka, duck in a plum sauce or chargrilled steak.