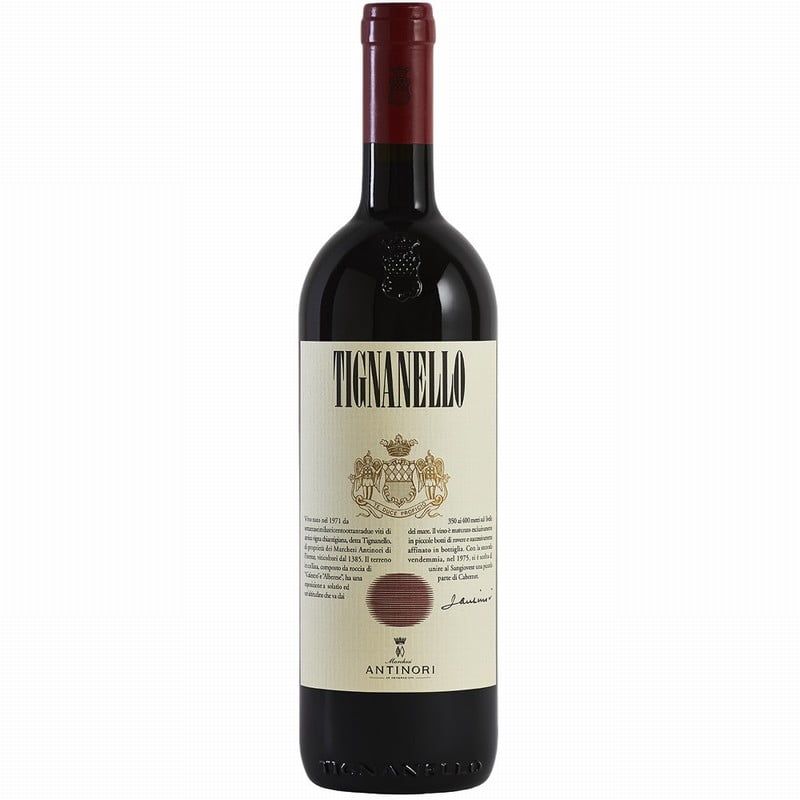 Tignanello was the first Sangiovese to be aged in barriques, the first contemporary red wine blended with untraditional varieties (specifically Cabernet) and one of the first red wines in the Chianti Classico region that didn’t use white grapes. Tignanello is a milestone. It’s produced with a selection of Sangiovese, Cabernet Sauvignon and Cabernet Franc.

The 2019 growing season in Chianti Classico was defined by normal climatic conditions, winter was rather cold with limited rainfall and the first half of spring was cool and rainy especially during the months of April and May. Summer weather was hot, uninterrupted by major heat spikes, with slightly higher than average precipitation levels ensuring a normal growth cycle of both the vines and grape clusters. Ideal climatic conditions set in at the end of August and continued throughout September and October allowing all grape varieties grown in the Tignanello vineyard to reach optimal ripeness. Harvesting activities began in the second half of September beginning with Sangiovese and were concluded the 16th of October with Cabernet.
Cabernet Franc, Cabernet Sauvignon, Sangiovese
Elegant ~ Powerful
75CL
Cheese | Red Meat

Agricola Marrone has been producing outstanding wines in Piemonte for four more...
£36.95